​In February 2015, a HELCOM report was released to provide information on port reception facilities for sewage (PRFs) and their use by international cruise ships in the Baltic Sea area during 2014. 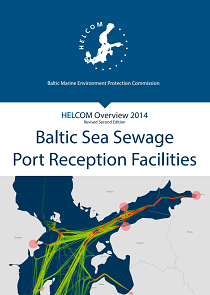 Cruise ships operating in the Baltic Sea, their length of sea voyages as well as frequency and duration of port visits are described in detail. Also the ports visited by cruise ships and the sewage facilities are covered in terms of facilities and traffic trends. The report is based on information from obligatory AIS (Automatic Identification System) position reports received from a comprehensive list of cruise ships operating in the region. It provides thus a nearly complete coverage of cruise ship movements during 2014.

Based on the analyses of ship movements, passenger capacity and port facilities, the report helps also to clarify what the real needs of cruise traffic might be in terms of sewage management in the Baltic Sea cruise ports.